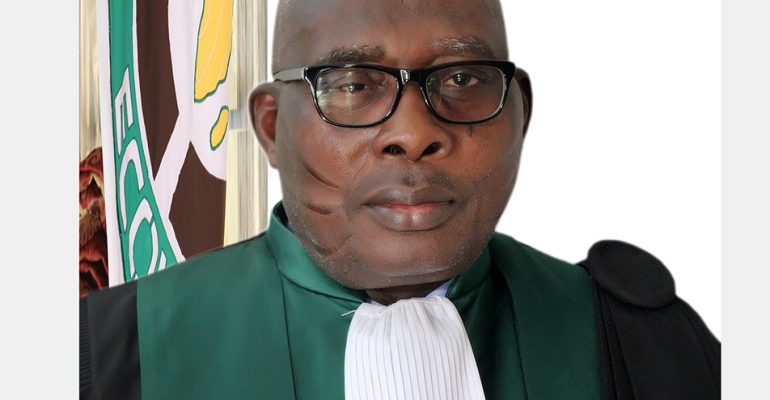 The ECOWAS Court on Thursday, 14th July 2022 ruled as ‘unlawful and inconsistent with the country’s international obligations’,  the decision by the Federal Republic of Nigeria on 5th June 2021 to suspend the use of the microblogging application Twitter in the country.

The Court ruled that the suspension violated the Applicants’ rights to the enjoyment of freedom of expression, access to information and the media contrary to the provisions of Article 9 of the African Charter established the African Commission on Human and Peoples’ Rights (ACHPR) and Article 19 of the International Covenant on Civil and Political Rights (ICCPR).

It therefore ordered Nigeria to ensure the unlawful suspension would not reoccur and to take necessary steps to amend its laws to be in conformity with the rights and freedoms enshrined in the ACHPR and ICCPR.

The Court also ordered the Respondent to bear the costs of the proceedings and directed the Deputy Chief Registrar to assess the costs accordingly.

The Court delivered the judgment on 14th July 2022 after hearing the submissions of the four Applicants in the four suits which were consolidated by the Court on 5th July 2021 following an application by the Respondent, the Federal Republic of Nigeria.

The Applicants, the Registered Trustees of Socio-Economic Rights and Accountability Project (SERAP); Patrick Eholor, President of One Love Foundation; Chief Malcolm Omirhobo; Media Rights and Eight others sued the Nigerian government, challenging its decision to suspend access to Twitter in Nigeria on the 4th June, 2021. They alleged that the decision constituted a violation of their fundamental rights including their rights to freedom of expression and press freedom.

Three groups – Access Now, Electronic Frontier Foundation (EFF) and Open Net Association filed a joint application alongside SERAP seeking to intervene as amicus curiae to provide useful findings which may assist the Court in adjudicating the matter while the Robert F. Kennedy Center for Justice and Human Rights also filed an application to serve in the same capacity

The Applicants argued that the suspension of Twitter was not based on any law or Order of a competent court nor did it state the law that was breached by Twitter.

They alleged that the decision made by the Respondent on the argument that: “Twitter [was] undermining Nigeria’s corporate existence” after Twitter flagged a Tweet by President  Muhammadu Buhari, for violating its rules.

The Applicants concluded that the objective of the Respondent was to intimidate Nigerians who expose corruption in government, criticize acts of impunity and by extension intimidate other microblogging sites into self-censorship.

In its response, the Federal Republic of Nigeria denied the allegations, arguing that asking Twitter to comply with the laws of Nigeria was not a violation of the right to freedom of expression and press.

The Respondent also claimed that it took measures to preserve its corporate existence because its sovereignty was at stake.

The Respondent denied all other allegations, arguing that Nigerians could continue to express their views on other social media, print and audio/visual platforms.

The case was heard by a three member panel of Judges including Justices Gberi-Be Ouattara (presiding), Keikura Bangura (judge rapporteur) and Januaria Costa.