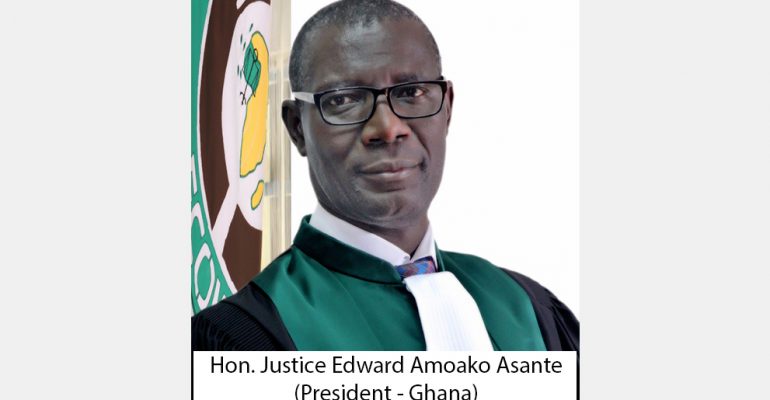 The ECOWAS Court on Tuesday, 6th December 2022 awarded fifty thousand naira in costs against the Federal Republic of Nigeria for the late lodgment of its defence in a case filed by members of the Coalition of Yoruba Interest Group seeking to activate their right to self-determination,  was instituted in the Court.

The Court noted that, in accordance with the Rules of procedure of the Court, parties have thirty days to file responses and therefore found the Respondent in default of the prescribed time for filing responses.  On the lodgment of the motion for extension of time after the lodgment of statement of defence, the Court also relied on its rules to strike out the statement of defense.

Counsel to the Respondent, Mrs Akin Odlan, asked for mercy and attributed the delay to administrative issues.

The presiding judge, Honorable Justice Edward Amoako Asante gave the Respondent one week to file their documents accordingly and adjourned the case to 25 January 2023 for definite hearing.

The Applicants, Mrs Badmus, Mr Faleti, Mrs Yemisi Fadahunsi-Ogunlana, and Mr Makanjuola, all members of the Coalition of Yoruba Interest Group sought a declaration by the Court to activate their rights to self-determination as provided for by Article 20 of the African Charter on Human and Peoples Rights and Articles 3, 4, 7 and 18 of the United Nations Declaration on the rights of the indigenous People.

The Applicants, who also belong to the Nigerian Indigenous Nationalities Alliance for Self-Determination (NINAS), aka called Alliance Territories said they raised a petition titled Constitutional Force Majeure Proclamation and gave the Respondent a 90-days deadline to respond. They believe the Constitutional Force Majeure Proclamation, published in newspapers, was an opportunity for the Respondent to set the country on the path of better governance.

The Applicant argued that the non-response by the opens the door for self-determination to the Yoruba land.

The Applicants contended that the Northern States of Nigeria set precedence in 2000, seeding from Nigeria by adopting the Sharia Law.

The Applicants held that by choosing not to reply to their petition, the Respondent acknowledges the inefficiency of the 1999 Constitution and the inability of the Respondent to administer power over its territory.

The Applicants said that Nigeria was constituted in 1914 by the British Government without taking into account the social, cultural, religious and homogeneous configuration of the ethnic nationalities of the country. That, since its independence in 1960 which was supposed to be based on true federalism, Nigeria has struggled and have not been able to forge a common interest that would bring holistic development of all the regions.

The Applicants alleged that administrative appointments have favoured people originating form a specific part of the country.

They also affirm that the Respondent had failed to provide protection and have demonstrated it was no longer capable of securing the lives and properties of members of the Applicants’ territories.

The Applicants are asking the Court to determine if the Nigerian Constitution of 999 was still operable following the 21st April 2021, date of expiration of the deadline it gave the Federal Government in the proclamation of the Constitutional Force Majeure.

They are also seeking to know if new legislation, laws, directives, and decrees were still operational within the Applicants’ territories since the expiration of the proclamation.

Finally, the Applicants are seeking the Court’s opinion on the possibility of self-determination by their territories.

The Respondent argued that the case is not on human rights violation, but an attempt to upturn the country’s Constitution which is not within the jurisdiction of the Court.

The Respondent argued that Nigeria is a Federation observing the rule of law in accordance with its Constitution and that the Applicants “do not possess the power to solely determine the efficacy of the Constitution of the Federal Republic of Nigeria, 1999”.

The Respondent stated that there is a freedom of religion in Nigeria as enshrined in the Constitution and that the desire of the Northern States to exercise their right to operate the Sharia did not amount to secession.

The Respondent also said that a publication in a newspaper of the Constitutional Force Majeure Proclamation did not amount to a bill of the National Assembly which has the power to amend perceived lacuna in the Constitution.

The Respondent demonstrated how the 1999 Constitution was created, arguing that it was not the fact of few handpicked individuals.

The Respondent insisted that Nigeria gained independence as a unified and indivisible State in 1960 which the ECOWAS Court has no power to dissolve.

The Respondent urged the Court to dismiss the suit, concluding that it was mainly based on individual opinions, speculations and insinuations.