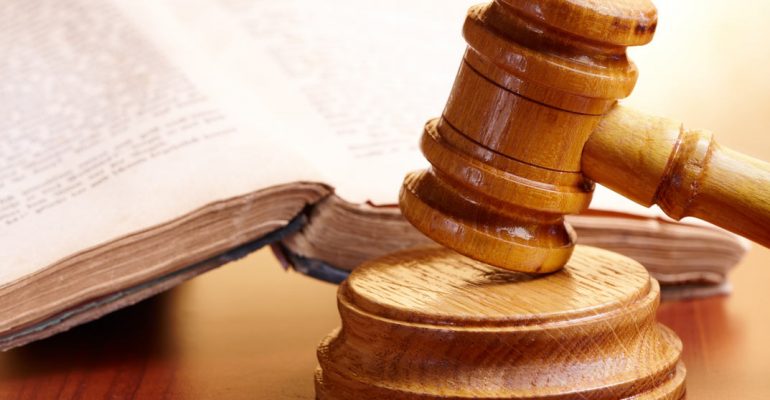 The ECOWAS Court of Justice has dismissed a case brought by a former Mayor of Dakar and Presidential aspirant in the 24th February 2019 election in Senegal, Mr. Khalifa Ababacar Sall alleging the violation of his human rights over his disqualification from participating in the election.

The plaintiff contended in suit no. ECW/CCJ/APP/04/19, that he was the target of the amendment Law 57 of the Senegal’s Electoral Code which came into effect in July 2018, the same month as his conviction by  a lower court that was reaffirmed by the Supreme Court on 3rd January 2019 and which formed the basis for his disqualification.

In the application which was filed by the plaintiff’s counsels, Mr. Cire Cledor Ly, Mr. Mohammed Seydor Diagne and Mr. Demba Cire Bathily, he alleged that the amended Electoral Law L57 deprived him of his right to vote and consequently right to run for public office.

But Mr. Yerim Thiam, Mr. Felix Sow, Mr. Samba Biteye and Mr. Antoine Felix Diome, counsels to the defendant argued that according to Senegal’s Law, for a Senegalese citizen to be eligible to run for office, he must be a qualified voter and the criteria for qualification as a voter are spelt out in Articles L31 and L32 of the Electoral Code.

In its decision delivered by Hon. Justice Dupe Atoki, the Court held that the amended Law L57 of Senegal’s Electoral Code did not have a retroactive effect as claimed by the plaintiff and consequently the allegation of violation of the plaintiff’s right cannot be substantiated.

The Court observed that the 3rd January 2019 Decision of the Supreme Court of Senegal affirming the plaintiff’s conviction is final and not subject to re-opening by parties sequel to Senegal’s law, and with this Decision the plaintiff, having been convicted, is lawfully disqualified.

In another suit no ECW/CCJ/APP/55/18, the Court fixed 4th March 2019 to deliver judgment in a case involving a former Minister and son of former President, Mr. Karim Wade against the Republic of Senegal.

The Court stepped down its judgment to a latter date to enable it deliberate on some issues that required clarification which were canvased during the hearings in the suit.

In the initiating application filed by the plaintiff’s counsels, Mr. Cire Cledor Ly, Mr. Mohammed Seydor Diagne and Mr. Demba Cire Bathily, the plaintiff claimed that the Republic of Senegal through its Electoral Code violated his right to vote, run for public office and appeal.

The counsels to the plaintiff claimed that Article L31 disqualified the plaintiff from being a voter while the amended Article L57 which says only a Senegalese Voter is eligible to run for office violates his right to run for public office. They added that the plaintiff’s right to appeal was also violated by the Defendant’s action asking him to seek redress from Senegal’s Ambassador to Kuwait, a diplomat and not a judge with juridical powers.

However, the counsels to the defendant, Mr. Yerim Thiam, Mr. Felix Sow, Mr. Samba Biteye, Mr. Bertrand Repolt and Antoine Felix Diome argued that it is the electoral law that disqualified the plaintiff and that his rights were not violated nor was he discriminated againt.