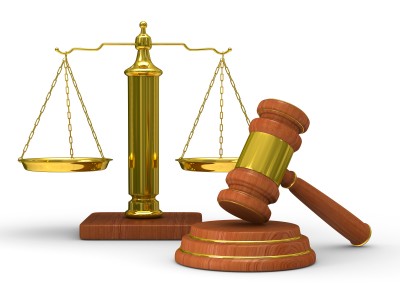 Four Guineans have been awarded 50 million CFA in damages by the ECOWAS Community Court of Justice against the Republic of Guinea after it found the government liable for the violation of their human rights for frustrating their constitutional right to form a political party.

Mr. Barry Abdoulaye Sadio, Mr. Barry Ibrahima, Mr. Tolno Layba, and Mr. Diallo Thierno Ibrahima said that their application in 2016 to form a political party, after fulfilling the mandatory requirements, including holding a general assembly, was not processed to enable the registration of the party despite an appeal letter to the authorizing office by the applicants.

In suit nos. ECW/CCJ/APP/37/18; ECW/CCJ/APP/38/18; ECW/CCJ/APP/40/18 and ECW/CCJ/APP/41/18, which were consolidated by the Court as they concerned the same issues, the applicants said that they assumed, based on the practice in the country, that their application has been declined after four months although the authorizing office did not proffer any reason for the decision as required by law.

The plaintiffs alleged that through the denial, the defendant violated their fundamental rights, mainly freedom of expression, freedom of association, freedom to participate freely in the political affairs of their country, and right to equal treatment.

The Court also ordered the Republic of Guinea to put in place effective measures that would guarantee the rights of its citizens.

In the initiating application filed by their Counsel Mr. Drame Alpha Yaya, the plaintiffs alleged that the defendant violated their fundamental rights to freedom of expression, freedom of association, freedom to participate freely in the political affairs of their country, and right to equal treatment.

Consequently, they claimed that their rights had been violated and demanded individual compensation in the amount of fifty million FCFA (50,000,000 FCFA) for moral prejudice, eight million FCFA (8,000,000) for litigation fees and two million FCFA (2,000,000) as cost for travels and accommodation bills.

In a counter argument, counsel to the defendant challenged the jurisdiction of the Court and the appropriateness of the plaintiffs to approach the Court.

In suit no ECW/CCJ/APP/39/18 filed by Mr. Drame Alpha Yaya, the plaintiff had asked the Court to order the State of Guinea to effect and recognize its registration as a political party in the country.

But the Defendant raised a preliminary objection challenging the jurisdiction of the Court and the locus standi/appropriateness of the plaintiff to appear before the Court.

Also on the panel were Honorable Justices Keikura Bangura and Januaria Moreira Costa.