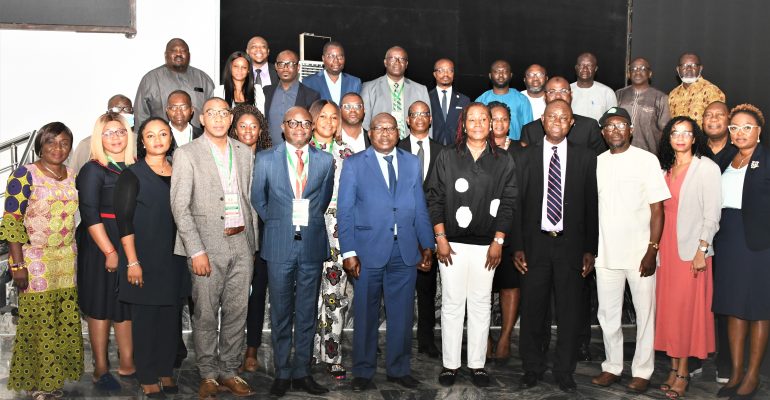 A weeklong workshop organized by the ECOWAS Court to enable its legal staff finalise the headnotes for the outstanding law reports of the Court for four years up till 2021 has ended in Nassarawa State, near Abuja, Nigeria’s capital.

Head notes are summaries of judgments and rulings which facilitate referencing in law reports by lawyers and researchers. It ensures the uniformity of paging and indicate the legal principles relied on in each case, a summary of the facts, issues for determination and the Decision of the Court.

At the closing ceremony, the Vice President, Justice Gberi-be Ouattara praised the participants for the rigour of their interventions and the quality of the outcome, noting that the outcome will be subjected to further revisions through different layers of interventions prior to management approval.

At the opening of the workshop on 27th February 2022, the President of the Court, Honorable Justice Edward Amoako Asante explained that the exercise is intended to enable the Court ‘address the backlog in the publication of the Law Reports of the Court,’ for the years 2018 and 2021.

This President noted that this  “feat has received global recognition evidenced by the recent award bestowed on the Court as the winner of the 2022 Columbia University Global Freedom of Expression award in the category of significant legal ruling in respect of its decision in the case of Amnesty International Togo, versus the Republic of Togo,”

The President used the opportunity to congratulate his colleague judges ‘whose tireless efforts have been rewarded,’ stressing the importance of ensuring that the decisions of the Court are globally accessible  through the timely publication of law reports.

He said that the last law reports of the Court were for 2014 and 2015 and that the participants are expected to finalise the headnotes for the 175 outstanding rulings and judgments of the Court produced by its legal staff.

The workshop was attended by the judges and legal staff of the Court.