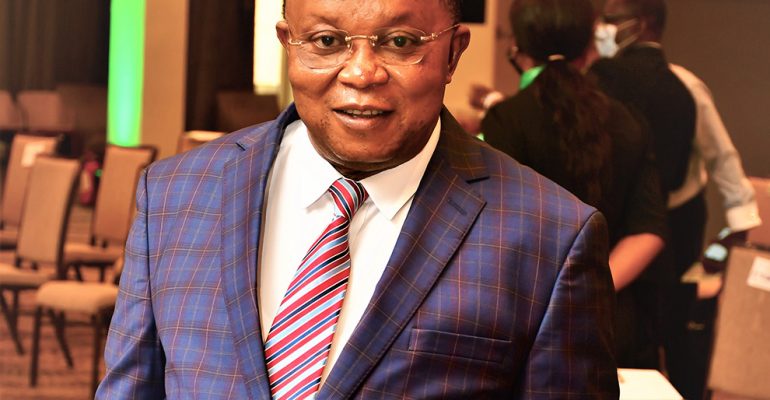 A Professor of Law at a Nigerian university, Professor Friday Chijioke Nwoke has bemoaned the low level of enforcement of the decisions of the regional court and its impact on the state of human rights in the region, blaming it on the twin problems of the lack of political will of regional leaders and the legal capacity of citizens to approach the court.

In a paper presented at the ongoing international conference of the Community Court in Praia, Cape Verde, Professor Nwoke also blamed Member States for the Court’s inability to exercise its mandate as an interstate court for the interpretation of Community texts.

Professor Nwoke, who was a former Vice President of the ECOWAS Court, noted that Member States that possess the capacity to seek redress on behalf of Community citizens against other States for failure to fulfil their Community obligations as envisaged under the extant texts are unwilling to do so or compel the defaulting States to fulfil their obligations.

In the paper which was his contribution to the discussion on Regional Integration and Regional Protection of Human Rights, he enjoined Member States to show more commitment by demonstrating the requisite political will to drive the process in fulfilment of their Community and international obligations.

He also praised the Court for its laudable efforts towards the harmonization of human rights principles across the region noting that “every decision taken towards enhancing the integrative process is likely to impact the human rights of the people of the region.

“One of the realities of the modern international legal order is the recognition of human rights as an element of the object of interstate relations: the attitude of the state towards its citizens is no longer a matter of exclusively internal jurisdiction,” he added.

The former professor of law noted that although a deviation from the requirement of customary public law, the requirement of the non-exhaustion of local remedies for ECOWAS citizens before approaching the regional court, is a unique feature of the court aimed at guaranteeing justice to citizens at the shortest possible time.

He stated that the signing of a Treaty and other legal texts commits the implicated States to the provisions of such texts in the spirit of pacta sunt servanda and non-compliance of the Member States constitutes in itself a violation, adding that it was an escapist tendency to state non-domestication of the ECOWAS legal texts as a defense.

“It follows that the bindingness of a treaty on parties includes their exercise of utmost good faith in observing and carrying out their obligations under it ( and ) parties in observing their obligations under it cannot approbate and reprobate at the same time (as) this principle applies to all treaties by whatever name called-pact, memorandum, exchange of letters, covenants, protocols and the likes.”

Citing Article 26 of the Vienna Convention on the Law of Treaties of 1969 in respect of implementation of decisions,  the Professor noted that it provides “that every treaty in force is binding on parties to the treaty and must be executed in good faith.”

He cited the court’s position in the case of Musa Saidykhan v. The Republic of the Gambia where it held as follows: ECOWAS is a supra national authority created by the Member States wherein they expressly ceded some of their sovereign powers to ECOWAS to act in their common interest.

Therefore, in respect of those areas where the Member States have ceded part of their sovereign powers to ECOWAS, the rules made by ECOWAS supersedes those made by individual Member States if they are inconsistent.

“The Treaty further clarified the status of the ECOWAS Treaty and instruments in Member States by providing that the decisions of the Authority of Heads of States shall be binding on Member States and institutions of the community,” he added.

“With regards to regional integration within the ECOWAS sub-region, the common goal is the economic transformation and development (as) the Revised Treaty emphasized the harmonization of the laws, practices and policies in the areas of common activity where integration is sought.

He added that “the ECOWAS Revised Treaty makes specific reference to the promotion of human rights under the African Charter as an objective or fundamental principle of the economic bloc.”

Moreover, he said that the ECOWAS Protocol on Democracy and Good Governance also highlights the protection of human rights as a cornerstone/pillar of economic integration.

Participants at the conference, which was organized with the support of the Sweden-based Raoul Wallenberg Institute, are drawn from academia, judiciary, civil societies and the Heads of ECOWAS national units in Member States.