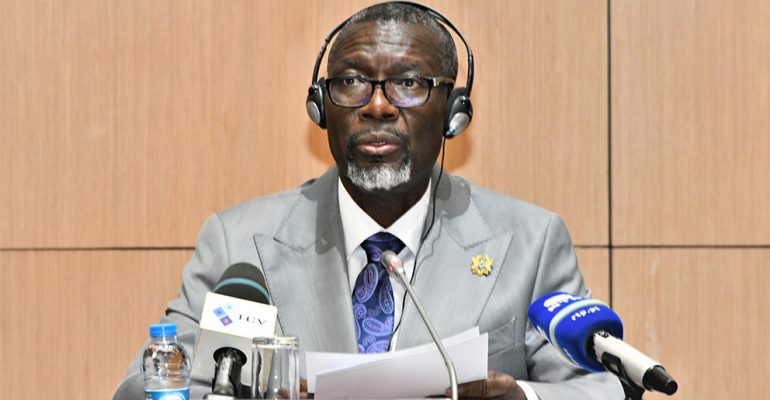 The President of the ECOWAS  of Justice, Justice Edward Amoako Asante has challenged Cape Verde citizens to avail themselves of the employment opportunities with the 15-member Community in order to help mitigate the shortage of Portuguese speaking staff in the Commission and Community institutions.

In brief comments at a dinner organized by the country’s Minister of Justice  on Wednesday, 11th May 2022 for participants at the 2022 international conference of the Court in Praia, the President said that by availing themselves of  the existing opportunities of working with the Community, they will be contributing to deepening the country’s involvement in West Africa

“ There is a dearth of Portuguese speaking Community citizens in the Commission and institutions of the Community which are needed to fully reflect the trilingual nature of the Community,’  the President said at the dinner which was attended by the resource persons, Chief Justices of Member States and Community staff.

Justice Asante used the opportunity to commend the host government for its contribution to the four day conference, particularly President Jose Maria Neves for finding the time to open the  conference on Monday, 9th May 2022 during a ceremony that was attended by high government officials of the host country.

Earlier, the Minister, Dr Joana Gomes Rosa Amado spoke of the country’s interest in deepening its integration in the Community in order to share in the challenges and benefits as evidenced by the hosting of the conference.

Some 150 participants drawn from the academia, jurists and lawyers from the Community, participated in the conference which is on the theme ECOWAS Integration Model: the legal implications of regionalism, sovereignty  and supranationalism, a theme that was examined under seven sub themes that dealt with several dimensions of ECOWAS integration.

A similar dinner was organized a day earlier by the country’s Chief Justice, Dr Bemfeito Mosso Ramos during which he praised the Court for its choice of Cape Verde for the hosting of the conference for the first time since its establishment about 20 years ago.

Justice Ramos, who was a former Vice President of the ECOWAS Court noted its contribution to the protection of human rights which has become its preeminent mandate.