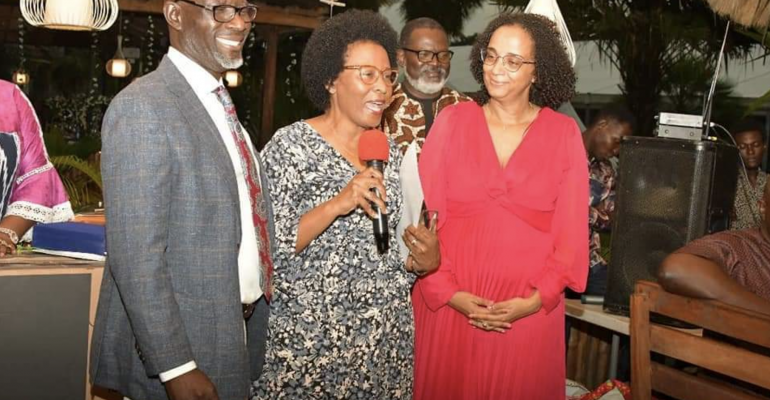 Two judges of the ECOWAS Court of Justice who just completed their tenure in the Court were on Friday, 14th October 2022 honoured by the Court with an elaborate farewell ceremony which was attended by the Judges and staff.

Justices Keikura Bangura from Sierra Leone and Januaria Tavares Silva Moreira Costa from Cape Verde, who just completed their four year tenure with the Court, were presented with gifts at the ceremony.

Seven other departing staff who have put in a combined 119 years in the service of the Community as well as the Executive Assistants to the outgoing Judges, were also presented with a plaque and certificate in appreciation of their service to the Community.

Among the departing staff honoured at the event were Mr. Gnamou Siratoulahi Head of Administration and HR Division, Mr. Sunday Ugoh, Head of Information and Communication Division, Mr Mendes Correia Vicente, Head of Library and Documentation Division and Mr. Olivier Ahogny  of the Language Services.

In remarks at the ceremony, the President of the Court, Justice Edward Amoako Asante praised the judges for their invaluable contribution to enriching the Court’s enviable jurisprudence and reiterated that they will remain a valued resource of the Court.

He said that the token to the departing staff was an acknowledgment of their years of dedicated service, devotion and commitment to the Court while in its service.

A representative of the staff, Mrs. Martine Kpoke Ayessou paid tribute to the departing staff for the “great professionalism” they demonstrated during their years of “passionate and meritorious service to the Community’ which contributed immensely to the successes recorded by the Court and expressed the hope that their commitment will inspire other staff.