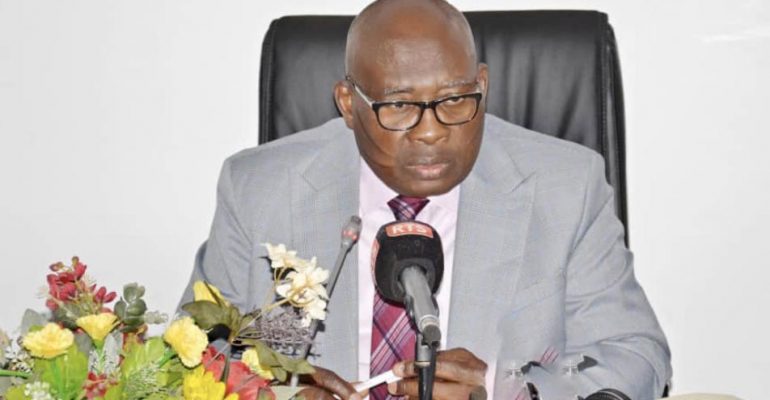 The Vice President of the ECOWAS Court of Justice on Thursday, 9th June 2022 bemoaned the poor application of Community law by the national courts of ECOWAS Member States saying that this impacts negatively on the growth of the law and the region’s integration project.  “In twenty years of operation, the Court has never been seized of a referral by a national court,”

Justice Gberi-be Ouatttara said at the opening of the first ordinary session of the ECOWAS Parliament for the year 2022 during which the parliamentarians will consider various reports, hold an interative session with the regional civil society and consider the report of the President of the ECOWAS Commission on the implementation of the Community work programme.

Justice Ouattara who represented the President of the Court, the Honorable Judge Edward Asante Amoako at the ceremony, also blamed the situation for the poor knowledge of the court despite its enviable jurisprudence and the various sensitization campaigns and external court sessions in Member States designed to improve public awareness of its activities and bring it closer to the  citizens.

He also challenged Member States to domesticate Community’s legal instruments,  particularly the Revised Treaty and the Protocols of the Court which they have signed, adding that the affected States were taking too long to trigger the procedure for  the domestication of these instruments.

Furthermore, he noted that the operations of the Court were being hampered  by the reduction in the number of judges from seven to five and their tenure from five years renewable to four non-renewable which impacts negatively on its effectiveness despite its burgeoning case docket.

In view of the important role of the court in the ECOWAS integration process, the Vice President urged regional parliamentarians to contribute towards the resolution of these challenges including helping to improve the awareness of the Court and the application of Community law in their States.

Justice Ouattara described the session of parliament as a gigantic gathering that provides the opportunity for each West African citizen to participate through their parliamentarians in the ECOWAS integration project.