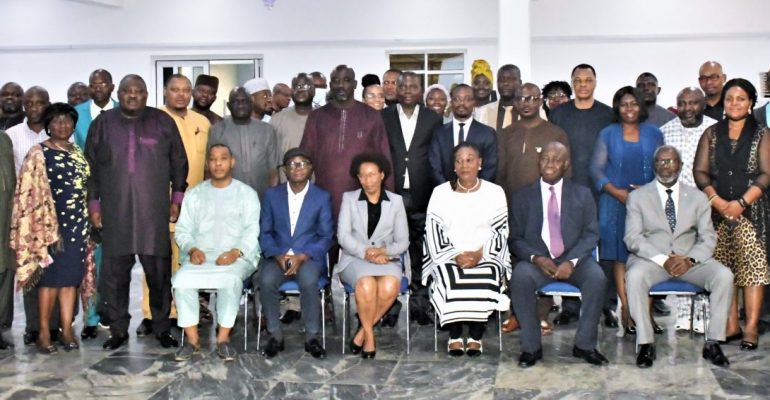 The ECOWAS Court of Justice has so far spent about 224 million naira in 2022 for the training of its staff in order to update their skills and equip them for the evolving demands of the Court, its President, Honorable Justice Edward Amoako Asante said on Monday, 4th July 2022.

In a speech at the opening of the Administration and Budget retreat of the Court in neighbouring Nassarawa State, the President said the figure represents 92 per cent of the training budget of the Court for the year and 2022, noting that the timing of this year’s budget session coincided with the departure of the statutory appointees of the ECOWAS Commission later in the year on the completion of their four tenure.

The President, who was represented at the opening of the retreat by a judge of the Court, Justice Dupe Atoki, said their departure and resumption of duty of the new appointees provides an opportunity for the renewal of the Community for the benefit of staff and well as chart a new course for the Court though the rigour and of  their contributions to the Community for improved performance.

The President noted that the current situation requires patience and focus and reiterated the commitment of the Court to ensure that staff are sufficiently motivated through training and promotion for deserving staff so that they effectively discharge their responsibility   and contribute to the realization of the objectives of the Community.

He described the administration and budget retreat as a crucial event because it enables the Court to review its performance for greater efficiency and provides an opportunity for the judges and relevant staff to evaluate the Court’s activities and resource requirements for the forthcoming year for submission for the approbation of the decision-making authorities of the Community.

He noted that the 2023 budget is inspired by the first five-year Community Strategic Framework (CSF)  which seeks to align the activities of ECOWAS Institutions with the strategic objectives of the approved 2050 vision of the Community.

The President of the Court told participants that this year’s retreat is particularly important, coming at a period of transition in the life of the Community, marked by the departure of all statutory appointees that have completed their four-year tenure and the resumption of their successors.

He noted that the Court has increased its budgetary provision for the two annual activities of the Court, namely the External Court session and the International Conference based on the recent experiences with the organization of the two activities.

He also spoke about the ongoing recruitment to fill the vacancies in the Court’s approved organogram in ‘order to equip the Court with the requisite capacity for improved performance and in the spirit of the Community-wide restructuring”.

The President assured the staff that efforts were being made to implement the recommendations of the staff audit based on the Action Plan developed after the staff skills audit carried out in 2019 across all ECOWAS institutions.

The opening of the four-day retreat was attended by Judges of the Court, Directors, Heads of Divisions of the Court and other staff.