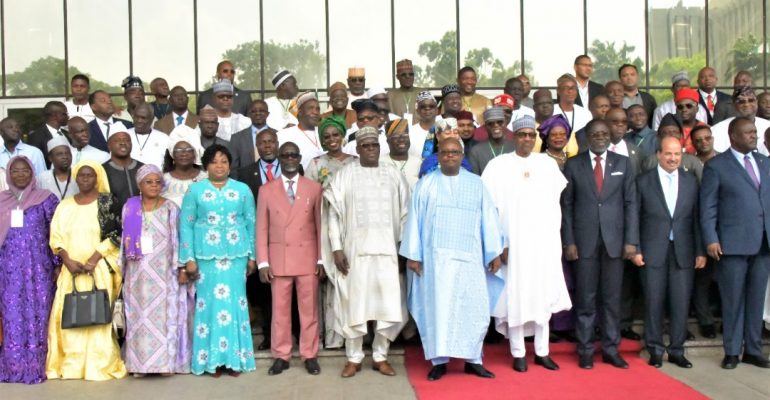 The President of ECOWAS Court of Justice, Edward Amoako Asante today urged the ECOWAS Parliament to join forces with the Court in order to protect the region’s fragile democracy and ensure the protection of the human rights of Community citizens.

“It is incumbent on our parliament, as representatives of the citizens, to join forces with the Court and constitute the vanguard for the defence of our democracy as this is the only way that the region can prevail in the face of the human rights abuses against Community citizens,” the President said in a goodwill message at the opening ceremony of the 2022 second Ordinary Session of the Ecowas Parliament in Abuja on the 28th November 2022.

He added: “It is only through our collective efforts, along with those of forces in favour of democratic governance that the Court, which has become the toast of the citizens and the international Community, can continue to faithfully discharge the mandate vested on it under the ECOWAS integration project.”

Justice Asante used the opportunity to reiterate the challenges confronting the 21-year old Court mainly the ‘reduction in the number of its judges from seven to five as well as the reduction of the tenure of the judges from five years renewable to a fixed four year non-renewable term.”

He also identified the perennial problem of the low enforcement of its decisions, which stands at 30 per cent as among the factors militating against the Court’s ability to faithfully “discharge its functions in the integration process that will enable it fulfill the aspirations of the Community citizens.”

He used the opportunity to announce the impending relocation of the Court to its new building located in the Gudu district of the Nigerian capital and paid tribute to the government of the Federal Republic of Nigeria for the provision of the building as it would provide a more ‘congenial atmosphere for the functioning of the Court.”

He also announced the assumption of duty of the two new judges of the Court from Cape Verde and Sierra Leone who replaced their compatriots whose tenure ended in August 2022. They will join the three Judges from La Cote d’Ivoire, Ghana and Nigeria whose tenure were extended by the Authority of Heads of State and Government of the Community.

Earlier, the Speaker of ECOWAS Parliament, Dr. Sidie Mohamed Tunis said that the current budget session of the parliament is dedicated,  among others, to the consideration of the consolidated Community Budget for the year 2023.

“ In discharging this all[1]important assignment, let us bear in mind the challenges we face from urgent and looming crises in our Community. We must summon the will, courage and commitment to act in ways that will impact positively on our region,” the speaker noted.

There were also goodwill messages from the Honorable Chief Fortune Charumbari, President of the Pan African Parliament, Mr Ennaam Mayara, President of the Moroccan House of Councilors, Honorable Mrs. Nabeela Tunis, Members of the Diplomatic Corps  and partners.