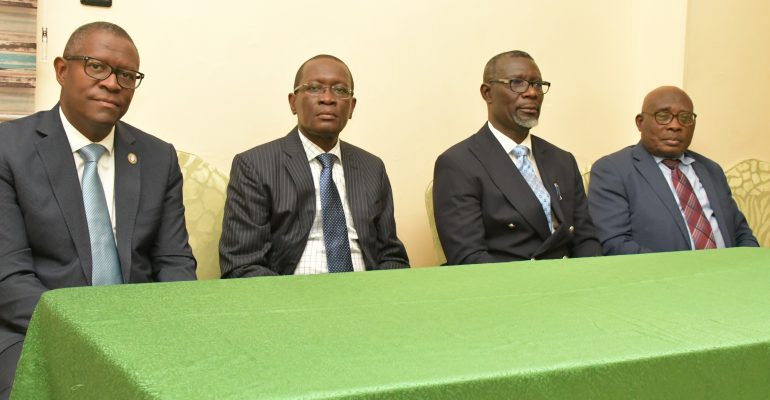 A two day judicial colloquium organized by the University of Pretoria for the ECOWAS Court and African Commission on Human and Peoples’ Rights on the application of the Maputo Protocol, particularly the equality clause in the award of compensation for human rights violations, opened on Tuesday, 29th November 2022 in Abuja.

According to the organisers, the colloquium  is designed to empower actors in the human rights system to ensure the domestication and implementation of the Maputo Protocol which relates specially to the Rights of Women in Africa in order to enable them enjoy the full benefits of the intendment of the Protocol.

“ The existing jurisprudence from the region shows a lingering struggle with the analysis of claims for violation of women’s right to equality,” according to the concept note for the colloquium, the first to be organized by the Centre for Human Rights of the University.

It added that the university selected these two organisations for the colloquium because their jurisprudence have ‘persuasive weight in determining legal disputes, laws and policy reforms and advocacy at the national level,’ as parties seeking to enforce the Protocol within the national for a will look to the interpretive pronouncements of the Court and Commission.

In a statement at the opening, the President of the Court, Justice Edward Amoako Asante said the colloquium will strengthen the capacity of the Court to apply the Protocol, which expounds the provisions of Article 2 of the African Charter on Human and Peoples’ Rights.

“ This colloquium is intended among others to ensure that our understanding of the right to equality under the Protocol is consistent with the spirit and intent of the Protocol and shorn off the male comparator factor in the analysis of claims for the violation of women’s right to equality,” the President said at the event which was attended by judges and staff of the Court.

“We therefore look forward to the presentations and discussions from the judges, scholars and legal practitioners as well as the various perspectives to be shared during this colloquium which will equip us with better insights in adopting a gender sensitive approach to the application of the Maputo Protocol and the realization of its objectives, he added.”

“As one of the regional mechanisms charged with the interpretation and implementation of the Maputo Protocol, the ECOWAS Court has acquitted itself creditably, being the first international court to make a pronouncement on the violation of its provisions in the celebrated case of Dorothy Njemanze & 3 others versus The Federal Republic of Nigeria, Judgment No. ECW/CCJ/JUD/08/17, delivered on 12th October 2017, he concluded.

In his welcome remark, Prof Frans Viljoen, Director of the Center for Human Rights of the University said the colloquium will enable various actors in the regional and sub-regional African Human Rights systems to engage the available human rights frameworks and play their part in the realisation of human rights embodied in the applicable human rights treaties optimally and adequately.

He said that the forum will help sensitise judicial and quasi-judicial officers of substantive equality principles required for a gender-sensitive approach to the application of the Maputo Protocol and to facilitate cross-learning between the African Commission on Human and Peoples’ Rights and the ECOWAS Court as regional and sub-regional judicial and quasi-judicial bodies in Africa.

Participants at the two day event will reflect on various themes including the Maputo Protocol as an instrument of change for African women: Introduction and Substantive Provisions; Substance of the right to equality in the Maputo Protocol: formal and substantive equality; Adjudicating cases claiming entitlement to equality: Perspectives from comparative jurisprudence and Intersectionality and litigating equality claims before regional bodies.

The opening ceremony was also attended by Commissioner Janet Sallah-Njie, the Special Rapporteur on the Rights of women in Africa of African Commission on Human and Peoples’ Rights. The judges and staff of the Court along with their counterparts from the African Commission will join academics from the University in panel discussions on the Protocol and its specificities during the colloquium.